A successful social marketing campaign utilizes carefully constructed wording and visuals to appeal to the general population and encourage constructive thought that ultimately creates change through large scale behavioral shifts. A delicate balance exists between relaying over-simplified messages, employing fear-mongering tactics that can backfire or lead to the boomerang effect and creating sensationalized or over-emotional appeals. Crafting more successful campaigns necessitates studying the target audience and considering what defining beliefs may characterize a group that would shape the way they would respond to various forms of media messages. In movies like “The Day After Tomorrow,” a grim picture of the future increased anxiety levels among viewers but failed to create any lasting behavioral change because the movie presented no actual solutions and people felt that the problem was too massive for them to tackle as an individual. (Trailer Shown Here: http://www.imdb.com/video/screenplay/vi2826045209) Additionally, the sensationalized nature of the movie harmed its credibility as a reliable source of information about climate change and how to best combat it, especially on a small scale. Social marketing campaigns should provide a concise explanation of the problem at hand and why it should matter to the audience and target a specific, convenient behavior that people can easily incorporate into daily life. An example of a successful social marketing campaign displayed a jellyfish in the ocean next to a plastic bag to show how similarly they appear underwater and drove the message home with the words “You see the difference. A turtle does not.” (pictured below) This is effective because it shows viewers just how similarly the two look underwater, proving that if they struggle to make the distinction, turtles do too and may easily and mistakenly ingest a bag. This stark realization may encourage people to invest in reusable bags at the grocery store because eliminating plastic bags from regular habits is a small change that can make a large and evident impact. Exaggerating and fear mongering poses its own set of troubles as it creates distrust among the general population which is already suspicious of information distributed by the government as noted by both professors in the talk.

In the workshop, my group addressed how to decrease reliance on single-use water bottles considering the impact that the micro-plastics have on the marine environment, marine life, and ultimately, our food. As larger pieces of plastic break down, the toxic chemicals move up the food chain into our seafood to harm our internal organs and increase our risk of developing diseases such as cancer. We chose to provide visual demonstrations and palatable information that help people understand how the issue is directly relevant to their lives. A huge percentage of the demographic visiting the turtle hospital travel from elsewhere in the world, so an important point to emphasize would be that even plastic coming from faraway nations can impact the ocean and the sea life within it. Another key point of emphasis is the fact that large scale change cannot exist without smaller scale efforts. Other campaigns developed in the workshop were effective because they targeted a single behavior to reduce within a specified time frame. In order to ensure the effectiveness of each effort, developers must also be willing to adapt to the public’s response in order to ultimately convey the greatest message of all: that humans are harming the environment on a daily basis in small but impactful ways that can be prevented or greatly reduced. 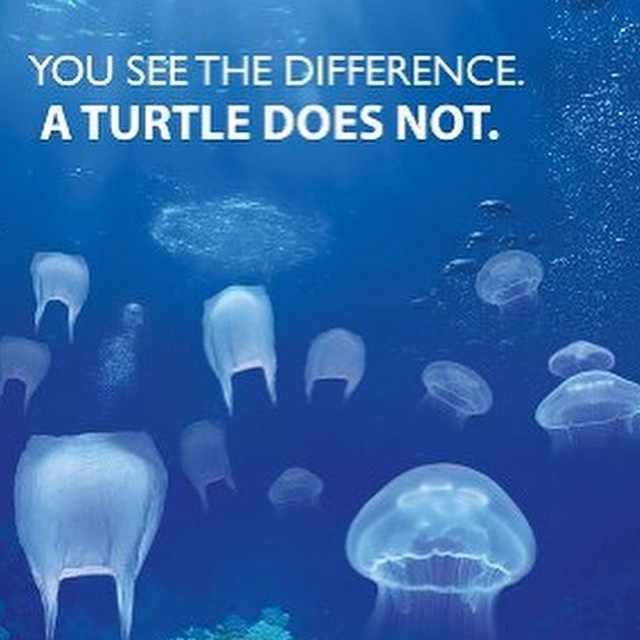 Social Marketing: The Students Contribute to Making a Change

After a few lectures, the Australian study abroad group was gifted with the task of putting what we learned into motion during a social marketing workshop by the James Cook University Faculty. The students were split up into groups of five and asked to create and build upon social marketing campaigns within the Reef HQ. The Faculty leading the lectures, Dr. Laurie Murphy and Dr. Lynne Eagle, presented data that was previously collected regarding the public’s opinion on environmental concerns. The surveys showed a concern for the amount of plastic rubbish in the water but it also showed that people felt like the government should be the one to combat that issue. Our goal was to improve this mindset of the guests at the Reef HQ to understand the small contributions that the individual can make.

The groups decided to focus on two big concerns presented in the surveys, plastic water bottle use and plastic bag use. The Reef HQ was already conducting campaigns to decrease plastic bag use by using the turtle hospital, so building on these ideas seemed like the way to go. The groups first focused on the things they felt went well during their visit to the aquarium. Members mentioned the engagement with children and the way that the HQ increased concerns by introducing guests to the injured turtles. To grow on this, groups tried to branch out to more age groups and involve the community. One group suggested a community art project to create reusable bags that guests could pick between at the end of their visit. Since the HQ was already offering reusable bags with a donation, the transition seemed like a good way to involve the community and create change. Using the reusable bag, would lessen the amount of plastic bags that people are taking from the store and often leaving on the Strand. This also offered an activity to bring people back after visiting the turtles, creating a lasting impact that people can bring home.

Another group offered the suggestion of creating an exhibit that discusses the problems of single use plastic water bottles. The exhibit would offer solutions and then towards the end of the visit, provide the guests with a reusable water bottle in exchange for a small donation or pledge. It was shown in the surveys that many people are willing to make donations and that a reusable water bottle or bag would be a good tool for reminding people and advertising productive habits. Cutting out most of the barriers of cost and laziness, the given water bottle was a great suggestion that offered education about the problem and then a solution on an individual level. Therefore, this draws on ideas from the reactance theory and the exchange theory. The advertisements would be helpful to both the individual as a reminder and also to the Reef HQ as a way to get the word out about their activities.

Advertising the Reef HQ and its suggestions for helping the environment was a common concern for the groups. It is well known that the time after the trip is crucial for determining whether the helpful habits have stayed with the individuals. All the groups said that surveys would be helpful in determining whether people that went to reef have started to change their habits but it was hard to figure out how to then remind them and others. Most groups targeted social media to help branch out. Promoting websites, such as facebook, would give more information and constant reminders to those who like the Reef HQ page. A very popular suggestion was to also create instagrams for each of the turtles who are at the hospital. One complaint was that people would like to have a more personal experience at the hospital. Increasing the information on each of the turtles and then creating a personified instagram for them would increase the emotional tie to the animals and create reminders. Social media branches out to those who did not visit and it also sends new information to those who have visited. This increases knowledge of solutions and the likelihood of people remembering what they learned.

Overall each group focused on how to maintain interest of all age groups while providing as much information as possible. Most suggestions were improvements to make each experience personal and engaging as well as grouping back at the end to remind everyone to help the environment. In the short amount of time that the students had, they were able to grow on previous programs and also create their own ideas. While this was no easy task, everyone seemed to enjoy it and appreciate the experience it gave them.

To see what the students worked on you can go to the school’s website HERE.

In a society where there are multiple barriers to behavioral change, social marketing has emerged as a new and transdisciplinary approach, trying to influence behaviors that may have negative effects on human health or the environment. While there have been previous approaches that have tried to pair different methods, Social Marketing employs a transdisciplinary approach that combines many different fields to create a detailed, integrated approach that seeks to influence human behavior. It can employ segmentation of audiences, research into consumer habits, communication tactics, and several theories to reach and influence a target audience with the final goal of voluntary behavior change. While other tactics such as legislation and education can raise awareness and force behavior change, the most effective way to impact long-term behavior is through voluntary change.

Studies have shown that government action towards changing harmful behavior has failed, due to mistrust of government and annoyance of the creation of “nanny states”, while social marketing has been proven to be effective if carried out successfully. The teachers of the social marketing lecture have had experience creating and overseeing campaigns dedicated to reducing smoking, skin cancer, and rickets in the UK, and now are focusing on reducing marine debris’ impact on marine ecosystems, particularly the Great Barrier Reef. To have a successful campaign, clear and measurable objectives must be set in the beginning and the audience needs to be segmented or split into groups such as age or demographic groups that potentially affect strategic decisions on marketing. While one approach might prove to be effective for one age group or ethnicity, it cannot be assumed that one approach is the end all be all. In addition to proper segmentation, there should be an analysis of current behavior patterns and trends, including both the current “problem” behavior and the “desired” behavior. As well, the theory must be taken into consideration. The Model of Behavior Change shows how background influences (past behavior, demographics/culture, attitude towards a target, personality, media exposure) can influence norms, attitudes, and self-efficacy, which all influence the end behavior. Reactance Theory states that when presented with information promoting a behavior, the audience might “react” to the advertisement and revert to the “problem” behavior. Finally, the Exchange theory states that in order for an audience to successfully change behavior, there must be an incentive to give, in return for a behavior change. Additionally, competition for the audience’s attention, both internal and external, must be taken into consideration. Once data has been collected, segments analyzed, and theory applied, a mix of methods will then be applied to try and influence behavior change. The mix can include a range of educational programs with partner organizations, mass media and communication strategies, governmental legislation, in order to create an integrated and coherent message that will successfully influence the audience. Once the social marketing has commenced, the quantifiable results should be measured, analyzed, and adjusted if the marketing campaign had flaws.

While social marketing has been proven successful in changing some human behaviors, it is not a guaranteed solution. There will always be behaviors that may seem insurmountable to change due to deeply ingrained behaviors or social norms. As well, communication and mass media have seen increasing sensationalism over the years, paired with increasing distrust of government. Like other solutions developed over time, social marketing is a new and emerging solution to trying and influence behavior, but realize the limitations of trying to change human behavior.

Theme by Anders Noren — Up ↑